“Somewhere along the way, we must learn that there is nothing greater than to do something for others.”
– Martin Luther King Jr.

You do not always have to make it big but you do need to make an impact. A thought that struck a chord with Ujwala Bagawade, Founder of We Together. Since decades a burning fire to do something for the society has been kindling within her. Born into a family of revolutionaries, in their own ways, Ujwala Bagawade had always envisaged a path less trodden.

It was in 2015 that this seed of a thought evolved to become something none thought it would.
Having read an article in a magazine and the work NGOs carried on in various realms,she decided to see for herself the work of many such entities in and around Maharashtra, India. Her experience truly left her astonished by the impact they were creating but the question that was left unanswered was that whom could these NGOs depend on? With mammoth tasks of educating and fostering children or assisting living of the differently abled, was there anyone who had their backs? Did they need any support that could help them work better? And questions alike that she found no answers too.
It is then that it dawned upon her to take the task in her own hands. On the 2nd of December, 2015, We Together was born. It was built by architects best suited for this job, the housewives. A clan she herself belonged to and a clan that has immense underutilised potential to offer, a unique group was started by 12 housewives, coming together steering the ship for a better tomorrow.

Within a a span of a few months this group increased from 12 to 60 and the number keeps growing by the day. We Together has now become an organisation brainchild of a housewife, run by housewives, taking on initiatives in various areas from Assistance to NGOs, Sanitation, Environment, Education. The GRAIN Bank Initiative is their primary initiative that works on assisting verified NGOs with their crucial need of food supply. 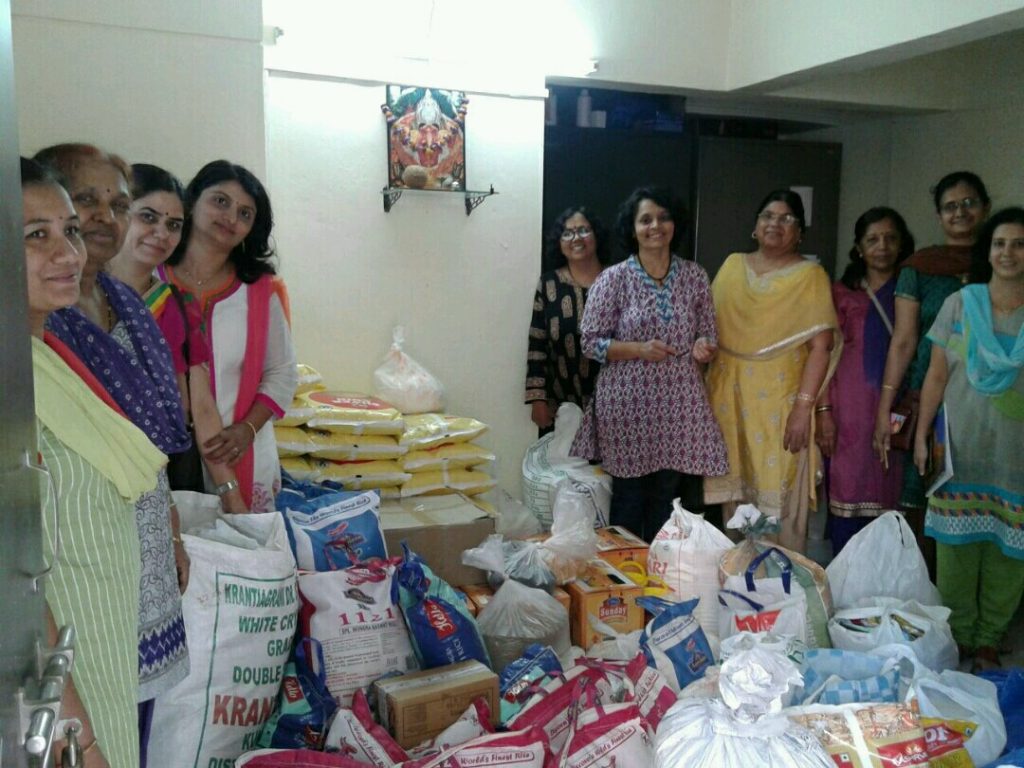